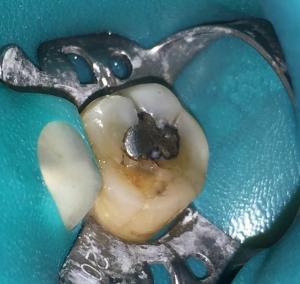 Do you know that in addition to being unaesthetic, silver Amalgam Tooth Fillings can also be harmful to your body? This is because of the presence of mercury in the Silver Amalgam Filling materials, which has been shown to be harmful, not only to your teeth and gums, but also for your entire body.

However, Thanks to Holistic Dentistry, as the awareness about the harmful effects of the Amalgam Fillings is increasing among the general population, many people are now having their Fillings removed, and replacing them with safer and more esthetic filling materials.

But another question comes to mind here, “we know that Silver Amalgam Fillings are harmful for health, but can they also be safely removed without causing any harm?” the answer to this question is a simple. Yes, provided necessary precautions are taken to ensure the safety of the patient, the dental team, and the environment.

During the removal of Amalgam Fillings from the teeth, toxic and harmful mercury vapors are generated, which if ingested or inhaled in significant quantities, can cause damage to the human body.

Keeping this in view, The International Academy of Oral Medicine and Toxicology (IAOMT), an organization that aims at enhancing patient awareness regarding Holistic Dentistry and safer dental materials, has provided a comprehensive protocol, which ensures safe removal of Amalgam Fillings, without any risks of adverse effects.

The basic idea behind this protocol is to minimize the chances of ingestion or inhalation of mercury vapor during removal with the help of continued suction and irrigation.

The IAOMT Protocol for Removal of Amalgam Fillings

This protocol comprises of protective strategies for the patient, the dental team as well as the environment:

Safety of the Patient

• Cut in Chunks – the chances of inhalation or ingestion of smaller mercury particles and vapor are greater than the larger ones. Therefore, removal of amalgam fillings should be done in larger chunks, so as to minimize the harmful effects of mercury.

• The Cooler the Better –the use of a dental hand-piece during amalgam removal can lead to an increase in the local temperature, directly resulting in an increased generation and emission of the mercury aerosol. Therefore, it is best to perform amalgam removal under sufficient water irrigation and air cooling.

• Efficient Suctioning – a high volume evacuation can ensure that most of the mercury vapor is absorbed, and not allowed to accumulate into the dental office.

• Protective Barriers – while rubber dams can be instrumental in preventing mercury ingestion or inhalation, very fine particles can slip right through them. Therefore, usage of a rubber dam, in addition to thorough water irrigation and suction can provide enhanced results.

• Prevent the Skin – the amalgam spatter can also accumulate onto the face or the eyes. Placing a surgical drape, or even a moist paper towel can prevent any harm to these vital organs

• Provide Clean Air – to prevent the patient from breathing the air full of amalgam spatter, pure oxygen, in combination with nitrous oxide can be provided with the help of a positive pressure respiration device.
Safety of the Dental Team

Unfortunately, the routinely used paper masks are of no use, hence the best method is to use positive pressure inhalation with the help of industrial respirators, commonly available at the safety equipment stores.

Safety of the Dental Office and Environment

• Filtration – professional air purifiers can be used to filter the air in the dental office to be free of mercury vapor and other harmful particles generated during amalgam removal.

• Supplemental Evacuation – to further minimize mercury vapor generation, a vacuum can be used that throws the aerosol into the exterior, thereby ensuring minimal vapor concentration within the dental office.

• Watch where it Goes – the story does not end here, and all the waste generated from removal of amalgam fillings must be properly stored, sealed and disposed of according to the standards of the Occupational Health and Safety Administration (OSHA) agency.

Removal of Amalgam Fillings can be performed safely, provided the dentist follows protective protocols, and the guidelines provided by the IAOMT can be considered as the gold standard for Amalgam Removal. Hence, it is high time that you consider having your amalgam fillings removed, so that you can enjoy a healthy and quality life.